Urmia or (Turkish Language: اورمو, Urmu, Orumiyeh) is a city in Northwestern South Azerbaijan (Iranian Azerbaijan) and the capital of West Azerbaijan Province. The city lies on an altitude of 1,330 m above sea level on the Shahar Chaye river (City River). Urmia is the 10th populated city in iran and 2nd of Azerbaijanian Turks provinces after Tabriz. Its population is currently abour 600,000. 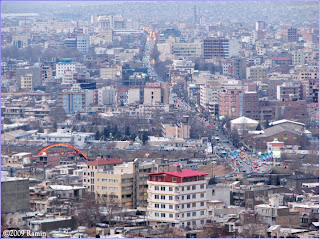 Urmia is situated on a fertile plain called Urmia Plain, on western side of Lake Urmia and eastern side of Turkish border and marginal range of mountains.Urmia is the trade center for a fertile agricultural region where fruit (Specially Apple and Grape) and Tobacco are grown. 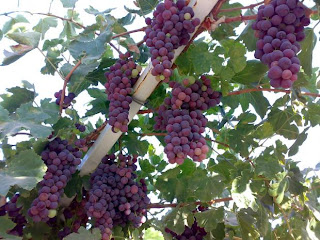 An important town by the 9th cent. Urmia was seized by the Oghuz Turks (11th cent.), sacked by the Seljuk Turks (1184), and later occupied a number of times by the Ottoman Turks. 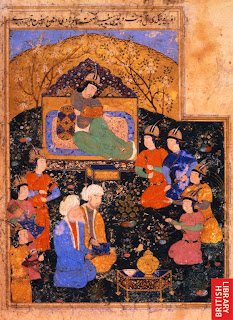 Etymology
The name Urmia or Urmu is thought to have come from Sumerian tongue, the earliest known civilization in the world located in southern Mesopotamia. Ur was a principle Sumerian city. Some believe the name is derived from Syriac. Ur, meaning "cradle," and mia, meaning "water". Hence, Urmia, situated by a lake and surrounded by rivers, would be the cradle of water. Some have claimed connections to other languages. There is, however, no generally accepted etymology. 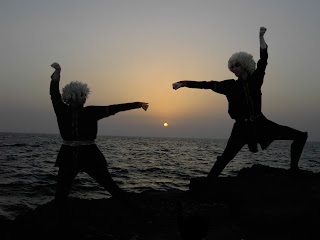 Prehistory
The city of Urmia (Urmu, Urmiye, Orumiyeh), in northwest of  south Azerbaijan(Iran), is considered one of the ancient cities of the country and a Cradle of civilization. The diggings in the ancient ruins around Urmia led to the discovery of utensils, some of which date back to some 2000 years B.C.
Also research by Professor Minorski shows that there have been villages in the Urmia plain some 2000 years B.C., with their civilization under the influence of  Van nation.
In the ancient times, the west bank of Urmia lake was called Gilzan, and in the ninth century B.C. an independent government ruled there which later joined the Urartu or Mana empire; in the eight century B.C., the area was a vassal of the Asuzh government until it joined the Mad empire after its formation.
Many old Islamic historians have acknowledged Urmia as the birthplace of prophet Zoroaster, but this has been rejected by Iranologists and linguists.
the Columbia Encyclopedia mentions that Urmia was an important town in the region during the 9th century.
the Ottoman Turks made several incursions into the city, but the Safavids were soon able to regain control over the area. The first monarch of Iran's Qajar dynasty, Agha Muhammad Khan, was crowned in Urmia in 1795.
Ethnography 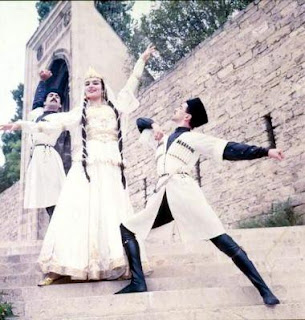 The very heavy migrations into the city from the countryside, refugees from the long Iran-Iraq War, and from smaller towns into the larger city of Urmia, have revolutionized the ethnic composition of the city. Today The  90% percent are now made of Azerbaijanian Turks and but with Kurdish, Assyrian and Armenian minorities.
Museums
Natural History Museum - Displays the animals native to the vicinity of Urmia.
Urmia Museum - Archaeological museum affiliated with the faculty of Shahid Beheshti University
Higher Education
Urmia was an important center for higher education approximately a century ago, indeed, medical faculty of Urmia which was built by Joseph Cochran and a team of American medical associates in 1878, is the first University of iran. Unfortunately the faculty became shut down even before establishment of first official university of iran, University of Tehran.
Libraries
Central Library of Urmia
Shahid Bahonar Library
Library of I.R.Iran Education Ministry
Library of Urmia Cultural and Artistical Center
Allame Tabatabayee Library
Library of Khane-ye-Javan
Source 1, 2
Posted by Umud Urmulu at 9:03 PM