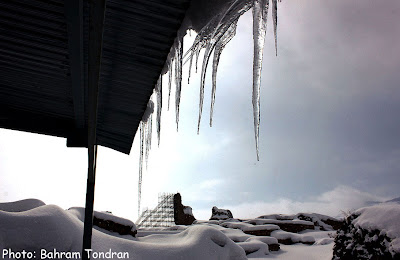 West Azerbaijan (Turkish Language: Batı Azerbaycan ;farsi: آذربایجان غربی Āzarbāijān-e Gharbī, Azerbaijani: غربی آزربایجان / Qərbi Azərbaycan ) is one of the 31 provinces of Iran. It is located in the North West of the country, bordering Turkey, Iraq and Nakhchivan.
The province of West Azerbaijan covers an area of 39,487 km², or 43,660 km² including Lake Urmia. In 2006 the province had a population of 3,015,361!. The capital city of the province is Urmia City.
Geography and climate
With an area of 43,660 square kilometers, including Lake Urmia, the province of West Azerbaijan is located on the north-west of Iran.
The climate of the province is largely influenced by the rainy winds of the Atlantic Ocean and Mediterranean. Cold northern winds affect the province during winter and cause heavy snow. According to existing meteorological data, local temperatures vary within the province. Average temperature differs from 9.4 °C in Khana (Piranshahr) to 11.6 °C in Savoojboulagh( Mahabad), while it is 9.8 °C in Urmia, 10.8 °C in Khoy, 9.4 °C in Khana (Piranshahr), and inSavoojboulagh(Mahabad) 11.6 °C. According to same data, the highest temperature in the province reaches 34 °C in July, and the lowest temperature is –16 °C in January. Maximum change of temperature in summer is 4 °C, and in winter 15 °C. West Azerbayjan province, encompassing vast and fertile plains, high mountains, enjoying moderate and healthy weather, rivers with high volume of water, vineyards, orchards, luxuriant forest and rangelands, mountain outskirt with wonderful flora, magnificent wildlife and beautiful shores around the lake with different recreational facilities, which all together form one of the most beautiful and spectacular region in Iran. A land with wonderful flora during the spring and the summer covered with tulip, poppy, narcissus and hyacinth extending from Arass rivers banks in the north to Zab Kouchak valley in the south.
West Azerbaijan - Takht-e Soleymān Photo Gallery
Taxte Soleymān, (Azerbaijan Turkish Language:Suğurlu,سوغورلو  ; farsi: تخت سلیمان; Taxte Soleymān "Throne of Solomon") is an archaeological site in West Azerbaijan, Iran. It lies midway between Urmia and Hamadan, very near the present-day town of Takab, and 400 km (250 miles) west of Tehran. 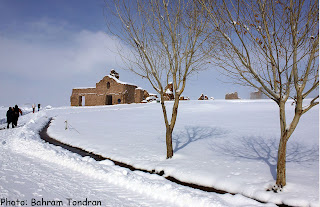 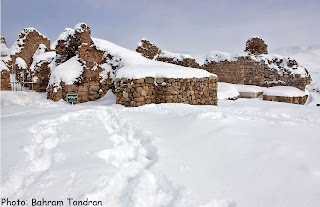 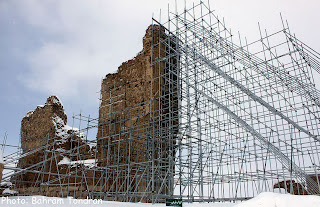 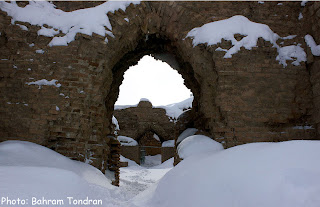 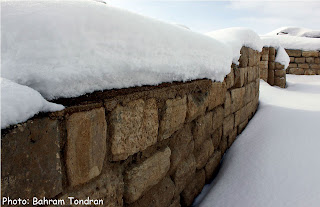 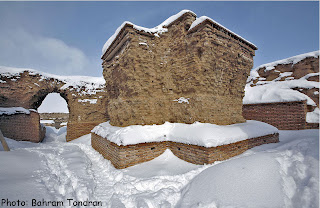 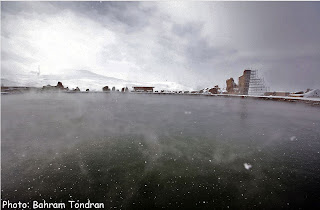 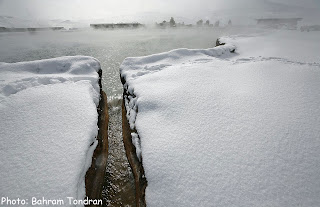 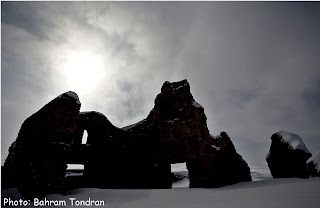 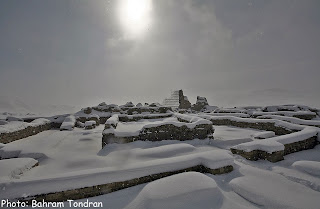 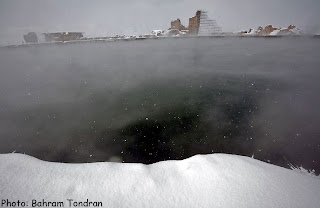 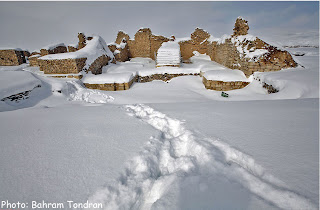 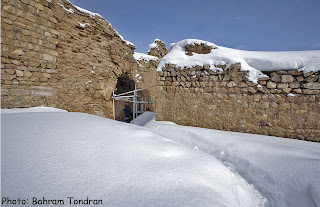 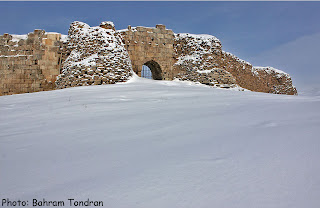 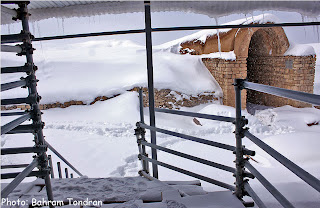 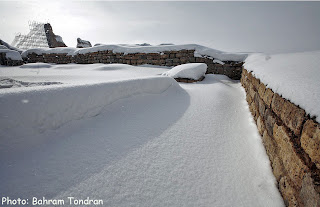 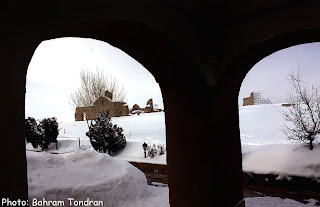 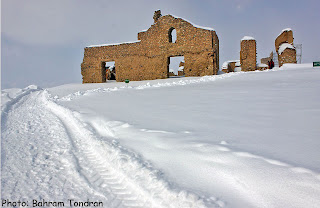 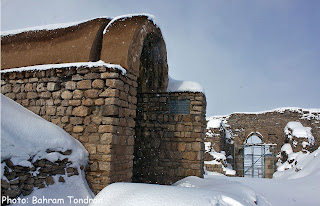