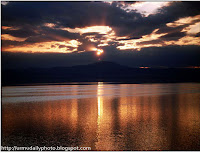 Lake Urmia (Turkish Language : Urmiye Gölü , Urmu Gölü, اورمیه گولو، اورمو گولو; farsi: دریاچه ارومیه Daryâcheh-ye Orumiyeh is a salt lake in northwestern Iran(South Azerbaijan) , near Iran's border with Turkey. The lake is between the Iranian provinces of East Azerbaijan and West Azerbaijan, west of the southern portion of the similarly shaped Caspian Sea. It is the largest lake in the Middle East, and the third largest salt water lake on earth, with a surface area of approximately 5,200 km² (2,000 mile²), 140 km (87 miles) length, 55 km (34 miles) width, and 16 m (52 ft) depth.
Ecology
Lake Urmia (Orumieh in farsi), which lies in northwestern Iran, is home to some 212 species of birds, 41 reptiles, 7 amphibians, and 27 species of mammals, including the Iranian yellow deer.
The construction of a dam on part of the lake and the recent draught has significantly decreased the annual amount of water Urmia receives. This in turn has increased the salinity of Urmia's water, causing the lake to lose its significance as home to thousands of migratory birds, such as flamingoes.
The lake is marked by more than a hundred small rocky islands, which are stopover points in the migrations of various kinds of wild bird life (including flamingos, pelicans, spoonbills, ibises, storks, shelducks, avocets, stilts, and gulls).
By virtue of its high levels of salinity, the lake does not sustain any fish species. Nonetheless, Lake Urmia is considered to be one of the largest natural habitats of Artemia, which serve as food source for the migratory birds such flamingos. Most of the area of the lake is considered a national park.
The lake is a major barrier between two of the most important cities in West Azerbaijan and East Azerbaijan provinces, Urmia and Tabriz. A project to build a highway across the lake was initiated in the 1970s but was abandoned after the Iranian Revolution of 1979, having finished a 15 km causeway with an unbridged gap. The project was revived in the early 2000s, and was completed in November 2008 with the opening of a 1.5 km bridge across the remaining gap. However, the high saline environment is already heavily rusting the steel on the bridge despite anti-corrosion treatment. Experts have warned that the construction of the bridge, together with a series of ecological factors, will eventually lead to the drying up of the lake, turning it into a salt marsh which will directly affect the climate of the region. Lake Urmia has been shrinking for a long time, with an annual evaporation rate of 0.6m to 1m (24 to 39 inches). Although measures are now being taken to reverse the trend the lake has shrunken by 60 percent and could disappear entirely. The lake's salts are considered to have medical effects, especially as a cure for rheumatism. Lake Urmia is a UNESCO Biosphere Reserve and a Ramsar site.
Urmia or (Turkish Language: اورمو, Urmu, Orumiyeh, Urmiye, Urmiya) is a city in Northwestern South Azerbaijan (Iranian Azerbaijan) and the capital of West Azerbaijan Province. The city lies on an altitude of 1,330 m above sea level on the Shahar Chaye river (City River). Urmia is the 10th populated city in iran and 2nd of Azerbaijanian Turks provinces after Tabriz. Urmia is the trade center for a fertile agricultural region where fruit (Specially Apple and Grape) and Tobacco are grown.An important town by the 9th cent.
The name Urmia or Urmu is thought to have come from Sumerian tongue, the earliest known civilization in the world located in southern Mesopotamia. Ur was a principle Sumerian city. Urmia, situated by a lake and surrounded by rivers, would be the cradle of water.The population of Urmia is predominantly Azerbaijanian Turks (over 90%), but with Kurdish,Assyrian and Armenian minorities.
National Park Lake Urmia Islands
Lake Urmia has 102 islands.For a Turkish name or National Park and Preserve Lake Urmia of a list of their names, see this link. The second largest island, Shahi Island, is the burial place of Hulagu Khan, the grandson of Genghis Khan and the sacker of Baghdad. 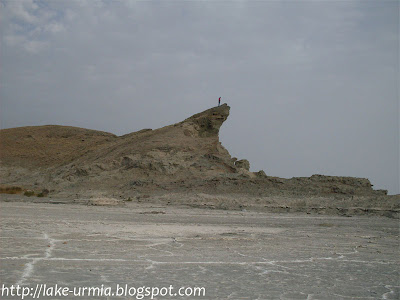 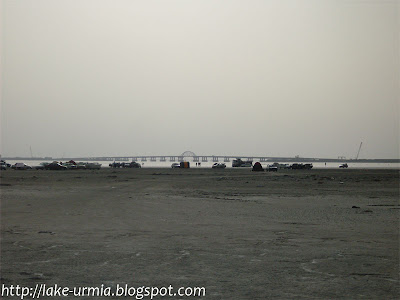 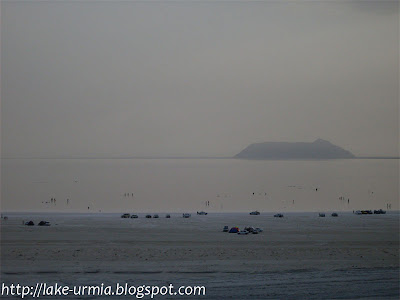